Beijing
BEIJING CHINA 人民大会堂 THE GREAT HALL OF THE PEOPLE
﻿
No comments: この投稿へのリンク

Ulaanbaatar
THE CAPITAL CITY OF MONGOLIA
COLLECTION OF 12 POSTCARDS

Ulaanbaatar
The capital city of Mongolia
Collection of 12 postcards
ULAANBAATAR
THE CAPITAL CITY OF MONGOLIA
Ulaanbaatar is the capital and largest city of Mongolia. The city is an independent municipality not part of any province, and its population as of 2008 is just over 1 million. Located in the north central part of the country, the city lies at an elevation of about 1,310 meters (4,300 ft) in a valley on the Tuul River, a sub tributary of the Selenge, in a valley at the foot of the nountain Bogd Khan Uul. It is the cultural, industrial, and financial heart of the country. The city was founded in 1639 initially as a nomandic Buddhist monastic center. Since 1778, it has been located in the Tuul river vallesy. In the 20th century, Ulaanbaatar has had numerous names in its history. When the city became the capital of the new Mongolian People's Republic in 1924, its name was changed to Ulaanbaatar. Due to its high elevation, relatively high latitude, and location hundreds of kilometers from any coast, Ulaanbaatar is the coldest national capital in the world, with a monsoon-influenced sub-arctic climate with brief, warm summers and long, very cold and dry winters. Precipitation is heavily concentrated in the warmer months. It has an average annual temperature of -1.3 °C (29.7 °F).
No comments: この投稿へのリンク 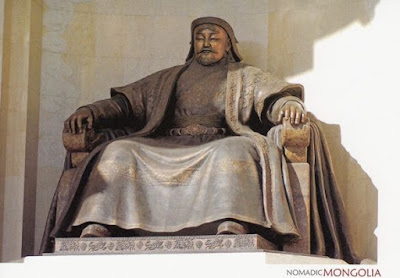 MONGOLIA
... the Heart Land of Asia ...
No comments: この投稿へのリンク


﻿
Baikal
Baikal is a unique phenomenon of our planet. There is no other lake of such age, depth, volume, properties of fresh water, and variety of organic life. Baikal is known by its fascinaing nature that cannot leave one indifferent. This marvellous lake is often called 'Pearl of Siberia'.
Baikal is one of the most ancient lakes on the Earth. According to the viewpoint of some scientists Baikal's age is about 25 - 30 million years.
Baikal is situated on the south of Earstern Siberia. Its extent is 636 km, and its width varies from 27 to 80 km in different parts of the lake. The length of the coastal line is 2000 km. It is also the world's deepest lake: 1637 metres to the bottom near the eastern shore of Olkhon Island.
The Baikal coast is cut up by numerous capes. There are some gulfs located within the limits of capes. The biggest gulfs of Baikal are Barguzinsky, Chivyrkuysky and Proval. Baikal takes the eighth place in the world among lakes in area extent (31500 sq.km). Baikal is the largest basin of fresh water on the planet.
Baikal is surrounded by mountains. There are mountain chains of Primorsky and Baikalsky situated along the western and north-west coast of Baikal, and Khamar-Daban, Ulan-burgasy, Barguzin, Verkhne-Angarsk and Delyun-Uransky along south-east and east.
'Pearl of Siberia' keeps many secrets and a lot of mysterious, unexplored and interesting things. Each time people discover something new trying to penetrate into the world of the lake. Baikal is an invaluable gift of nature which needs to be used reasonably and preserved in every way.
No comments: この投稿へのリンク

The last emperor of Russia

The last emperor of Russia
Nicholas II with his family and Grigory Rasputin﻿
No comments: この投稿へのリンク 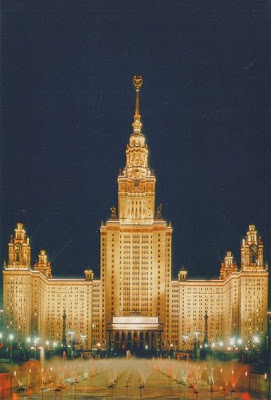